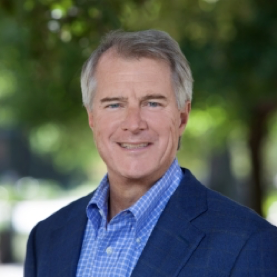 Mark A. Stevens is the Managing Partner of S-Cubed Capital. He is a special limited partner and former managing partner at Sequoia Capital. Mark currently serves on the Board of Directors of Nvidia, Quantenna, Innovium and Second Spectrum. He has served on the Board of Trustees of USC since 2001, is a member of the USC Viterbi School of Engineering Board of Councilors and the founder and chairman of the USC Stevens Center for Innovation. He also serves on the Dean's Advisory Board of the Harvard Business School. Mark is a Trustee at Menlo School and serves as co-chair of its current $100M capital campaign. Since 2010, he has been a part time lecturer for a sales management course at the Stanford University Graduate School of Business (GSB).