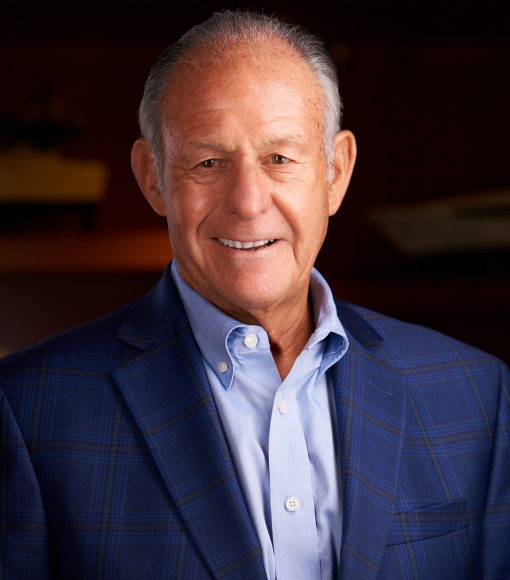 John A. Sobrato is the founder and Board Chair Emeritus of the Sobrato Organization, one of the most successful private real estate firms in California. His career in real estate dates back to 1958 when he began selling homes in Palo Alto at age 18 while attending Santa Clara University. He  became the first salesperson in the Palo Alto Real Estate Board to be named to the Million Dollar Club.

At age 21, after his graduation with a business degree, he founded Midtown Realty, specializing in the resale of Eichler Homes. During the mid ‘60s, he expanded into commercial development working with his mother, Carl Berg and other investors. The Sobrato Development Company was thus formed over a decade before the area became known as Silicon Valley.

In 1974, he sold his interest in Midtown Realty, moved to Cupertino, and concentrated on developing industrial properties for the emerging high technology industry. Since its founding, the Sobrato Organization has developed over 21,480 million square feet of R&D and office buildings and 10,000 apartment units. Today, the firm still owns 27,870 million square feet of office and multi-family properties, 100% owned by the Sobrato Family without institutional partners.

In 1998, John A. and his family created the Sobrato Family Foundation which provides philanthropic support for Silicon Valley nonprofits. Since its founding, the Foundation has donated cash, real estate, and free office space totaling 550 million dollars. Today, seventy-three nonprofit agencies receive free office space in Sobrato Centers for Nonprofits totaling 350,000 square feet in Milpitas, San Jose, and Redwood City, and an additional site is planned in Palo Alto in the near future.

John A. and his wife Susan have been married for 59 years. They have three children and seven grandchildren.  John Michael Sobrato, John A.'s son, is the current Board Chair Emeritus of The Sobrato Organization. John A. attributes the company’s success in the past 20 years to John Michael, who has worked at the firm since he was a teenager. Today the Sobrato Organization CEO is Matt Sonsini John’s son in law.