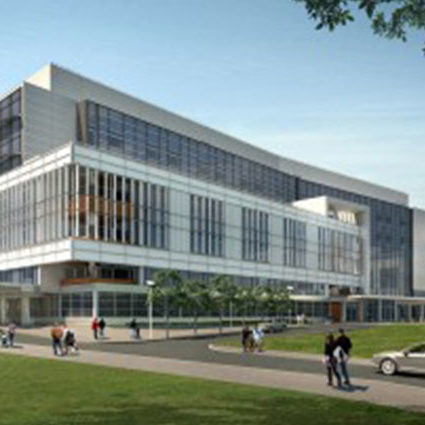 Today marked the unveiling of the Sobrato Pavilion signage at Santa Clara’s Valley Medical Center, and John A. and Susan Sobrato, Sheri Sobrato Brisson, and John Michael Sobrato were on hand for the festivities. In 2012, the Sobratos made a record $5 million donation to the VMC Foundation to support the outfitting of the building, and at the time, it was the largest donation made by an individual to a public, county hospital in the western United States. According to SMVMC, the new wing will house its nationally recognized spinal cord and traumatic brain injury rehabilitation centers, as well as adult intensive and acute care inpatient units. Construction is progressing rapidly and on track to move patients into the new building by the end of 2017. 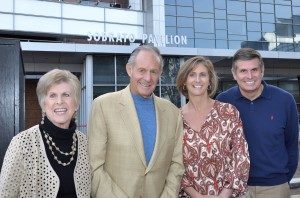