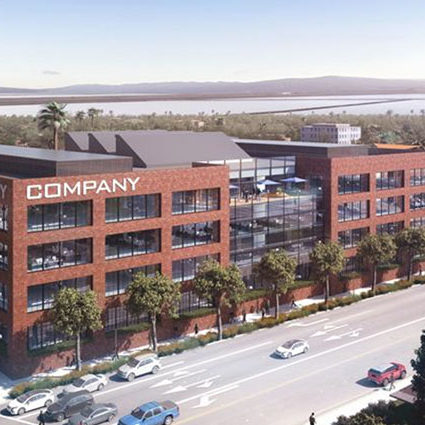 TSO will start construction this summer on University Square, a 209,454-square-foot office building at 2100 University Ave. Sobrato will build the building on spec, meaning without a tenant signed, said Rob Hollister, president of real estate for Cupertino-based Sobrato.

As Nathan Donato-Weinstein writes in the Silicon Valley Business Journal, “the announcement is a big vote of confidence for East Palo Alto, which has not seen a new office building since 2001’s University Circle complex replaced the storied ‘Whiskey Gulch’ on the other side of Highway 101. Meanwhile, the tech-fueled economic expansion has brought new investment to the city’s neighbors, including Menlo Park and Redwood City.”

“We feel very strongly about this location,” Hollister said. “It’s the closest big space you’ll find to the Stanford campus. “And for East Palo Alto, this is the gateway to the city. It really establishes the city as you come into it.”