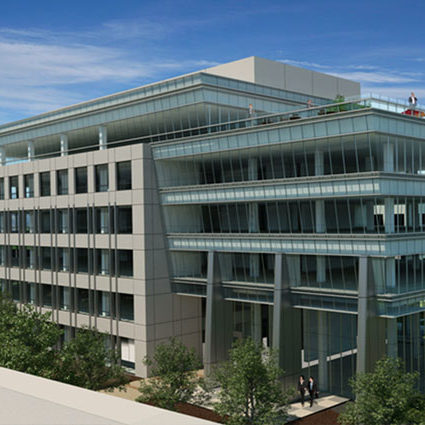 The Cupertino-based developer turned in plans to the city last week for the six-story, 190,000-square-foot building at 353 Julian St. It would join two other buildings that total about 290,000 square feet. “The intent right now is to build it spec,” or without a tenant in tow, said Chase Lyman, vice president for leasing and acquisitions at Sobrato. “It’s a downtown, urban market, and it’s been gaining a lot of momentum. There’s a lot of residential going up, and you’re a five-minute walk to Diridon Station.”

Nathan Donato-Weinstein writes in the Silicon Valley Business Journal that driving this activity is a sense that downtown’s moment has finally arrived. Office vacancy for high-end, or “Class A” space, is at 13.4 percent in the current quarter. That is the lowest it’s been since 2008.

According to Rob Hollister, president of real estate for Sobrato, one reason why office rents have not reached higher levels is because downtown office buildings simply haven’t appealed to large tech firms, leaving the submarket to be dominated by professional services companies and smaller startups. That’s why the company commissioned Arc Tec Inc. to redesign the original third building for River Corporate Center with taller ceilings that can accommodate lab-space users, sheathed it in more transparent glass, expanded the floor plates to make them more “collaborative” and added swanky amenities like roof decks with double outdoor fireplaces. “We looked at it and said, we’re going to build something that checks all the boxes for being a top-quality new building today,” Hollister said.