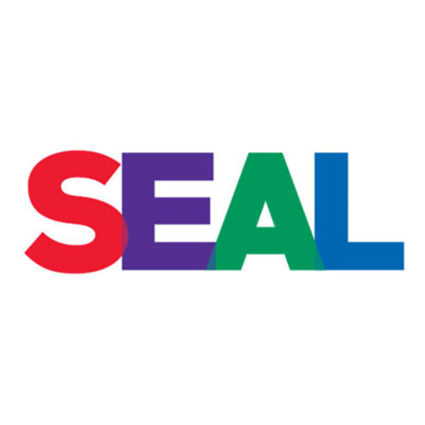 Take risks, invest like you mean it, and then let it go.

Ten years ago, we took a big risk on a project like nothing else we had ever approached.

Our family has long believed that access to a high-quality education is critical to economic mobility. As we considered how to best invest in improved educational outcomes, we found that English Learner students fall further behind each year in large part because they never master the “academic” English required for success in school. Despite their incredible potential, English Learners are twice as likely as their native English-speaking peers to drop out of high school1, and, if they do graduate, most are unlikely to to be prepared for college2.

In the early 2000s, we decided to make this English Learner achievement gap a focus of our Foundation’s programming. We began by analyzing the landscape and determined that the point at which philanthropy could have the biggest impact was in early intervention and support of these students through the first five years of school.

It would have made sense to find a high-quality program to bring to scale, but none existed. So, in 2008, we partnered with a highly-respected national expert and pioneer in the field of English Learner education, Dr. Laurie Olsen, to create a professional development and capacity-building program for educators to serve English Learners in English-only and bilingual classrooms across grade levels, in schools from preschool through grade 3. The Sobrato Early Academic Language model (SEAL) began as a pilot program in 2009 with three schools reaching 1,600 kids.

SEAL is now not only active in 31 Silicon Valley schools, but the program has expanded to over 100 schools and 50,000 children across California. Despite starting school with language and academic skills behind their peers, SEAL students reach age-appropriate literacy in English by the end of third grade. The Sobrato Family Foundation now only covers a third of the cost, while the remainder is paid for by local and state funds.

This month, SEAL became its own, independent 501(c)(3) nonprofit. What began as an innovative program to equip Silicon Valley teachers with the skills they needed to foster the success of the region’s high population of Spanish-speaking, English language learners is now a statewide organization impacting tens of thousands of students and their families. Moving beyond an exclusive focus on what happens in the classroom, SEAL is now helping to inform education policy to make the most of increased state funding for early education and English Learner programming.

Our big risk paid off.

SEAL’s success is an important example of what can be achieved when funders identify a specific need and service gap, engage experts to identify solutions, and invest -- not just enough to get things started, but enough to realize the solution’s full potential. Philanthropy’s sweet spot is our opportunity to explore and seed promising ideas, which, once proven, can be scaled and sustained with partner and public funding.

We have learned a lot along the way as we worked to build SEAL from a successful initiative into a viable and scalable organization. We hope that the initiative’s continued success will serve as an invitation to others.