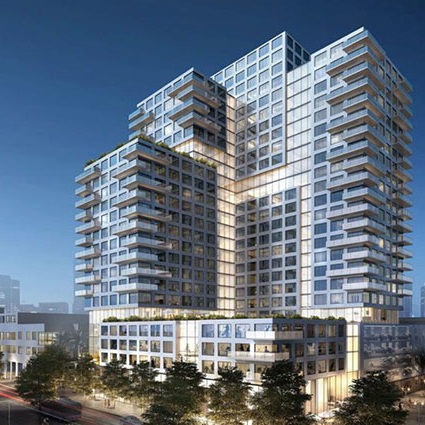 TSO is kick-starting high-rise development plans on a prime downtown San Jose parking lot, a significant — if still early — show of confidence for the area from one of the region’s most closely watched real estate firms. The Cupertino-based developer turned in preliminary concept Friday, from Miami-based architecture firm Arquitectonica.

Nathan Donato-Weinstein writes the project is “the latest entrant to the downtown district’s high-rise pipeline, which is now bursting with proposals.” According to Rob Hollister, TSO’s President of Real Estate, “with the trend that downtown is on — and the success that (other developers are) seeing — I think it will make sense to build it by the time we have the project permitted and ready to go.”