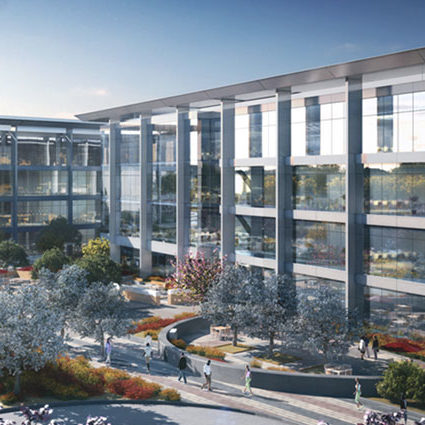 EMC Corp. is expanding up the Peninsula— the Massachusetts-based computing giant signed a lease for one of two buildings that TSO is constructing at 151 Commonwealth Drive, not far from Facebook. The building is part of the 260,000-square-foot, 13-acre Commonwealth Corporate Center, where an old bottling plant once stood. The lease is the second major transaction for Cupertino-based Sobrato in recent days.

Donato-Weinstein notes that the Sobrato development was billed as the first speculative office building in the district in years, and the quick leasing there — four months after receiving approvals— could suggest a deeper well of interest in companies locating in the area.