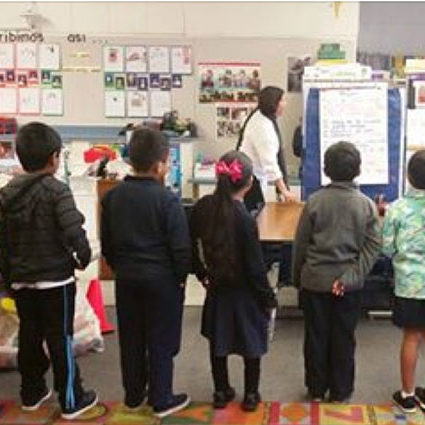 On Jan. 11, California State Superintendent of Public Instruction Tom Torlakson and a group of state education leaders, including his staff leads from several divisions within the California Department of Education, visited Hoover School to learn about the highly successful Sobrato Early Academic Language model (SEAL) program that has resulted in significant academic gains by Hoover students.

Torlakson said his team wanted to visit Hoover and learn about its success with the Sobrato Early Academic Language model because they are looking for best practices that can be replicated throughout the state of California for students learning English. “If we don’t learn how to best educate students who are learning English, it will have a big impact on the California economy in the future,” said Torlakson.

At Hoover, 34 percent of third-graders from bilingual and structured English-immersion SEAL classrooms reached early advanced or advanced on the 2013 California English Language Development Test of English proficiency, far exceeding district and state averages. Thirty-five percent of Hoover second-graders in bilingual programs scored proficient or advanced on the California Standards Test of English language arts, and 67 percent scored proficient or advanced in math in 2012. By the end of second grade, two-thirds of English-learner students in SEAL classrooms closed the gap to the average of their English-only peers.

In 2009, the Sobrato Family Foundation chose Hoover School to pilot a five-year program, SEAL (Sobrato Early Academic Language), to develop language and literacy skills on young English-language–learner students. In 2016, students who go through the program are excelling in school and attaining high levels of proficiency in reading, writing and math, and educators from all over the state are flocking to Hoover to learn how to replicate the program in their own schools.

The success of the SEAL program has led to Hoover winning several statewide awards. In 2014 Hoover won the prestigious Golden Bell Award, and in 2015 was one of only three schools to win a Seal of Excellence Award from the California Association of Bilingual Educators.

SEAL Director Laurie Olsen, who has worked for decades with schools throughout California grappling with English-learner challenges, reflected on SEAL’s success at the school. “Hoover is a shining example of the high levels of complex language, academic achievement and joy in learning that can result from research-based intensive professional development and teacher collaboration — demonstrating that the rigor of the Common Core standards can be made real for English learners.” Olsen continued, “But more than that, the passion and professional dedication of the teachers and administrators at Hoover exemplify the power of deep, abiding commitment to a community."

The SEAL model is now being replicated in 10 schools throughout Redwood City, and next year SEAL will be implemented in 100 schools throughout the state of California. Schools in Redwood City offering the SEAL program include Adelante, Clifford Transitional Kindergarten, Fair Oaks, Hawes, Hoover, John Gill, Orion, Roosevelt, Selby Lane and Taft. 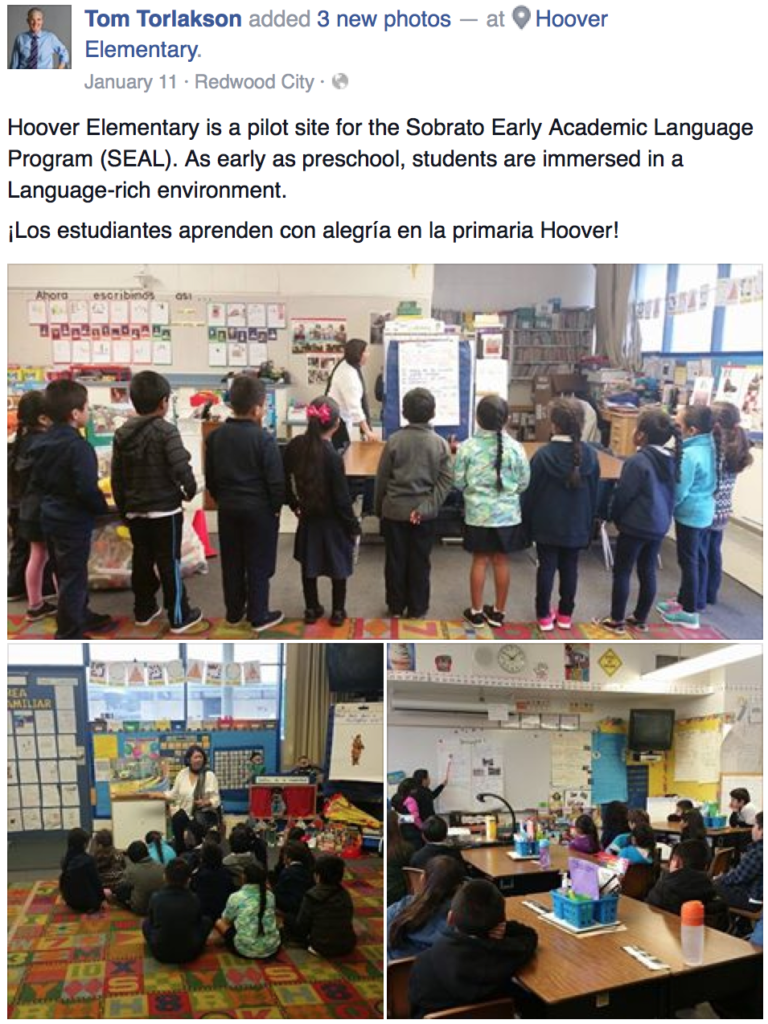 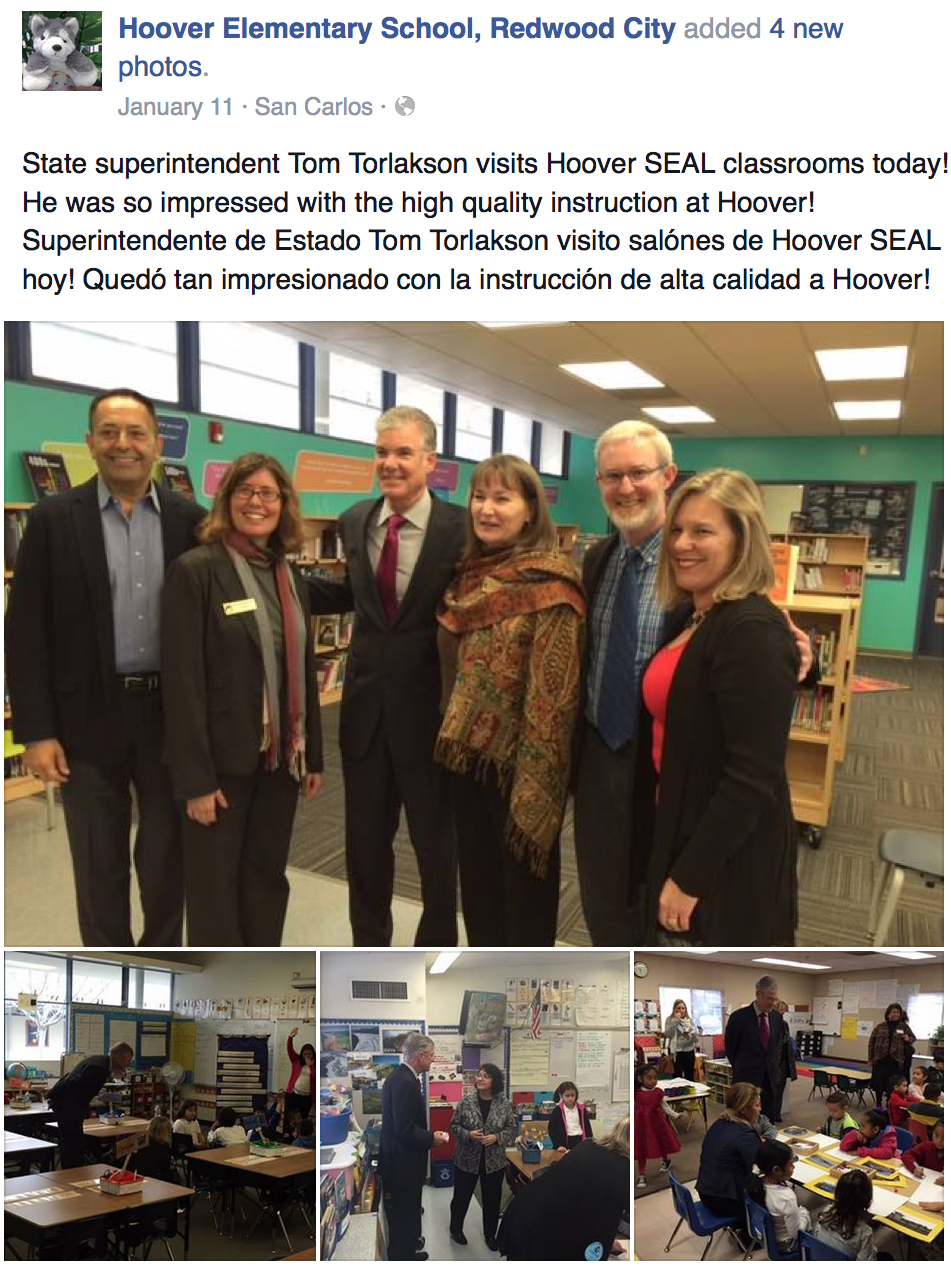